Our experts will reply you very soon.

Click Here to Chat Demega Formulations and Export...
WhatsApp Us 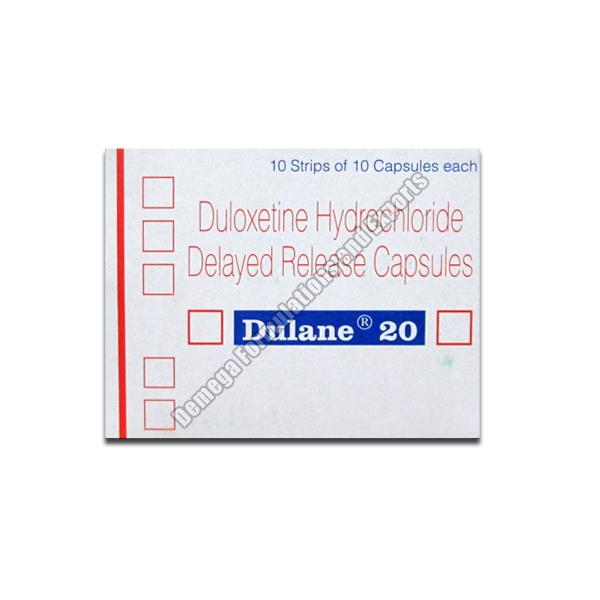 Duloxetine is a serotonin-norepinephrine reuptake inhibitor manufactured and marketed by Eli Lilly. It is effective for major depressive disorder and it is as effective as in generalised anxiety disorder. It is well tolerated and is considered a first line treatment strategy. Duloxetine failed the US approval for stress urinary incontinence amidst the concerns about liver toxicity and suicidal events; however, it was approved for this indication in Europe and Canada. Duloxetine alleviates pain associated with diabetic neuropathy and fibromyalgia; however, its efficacy relative to the established treatments, such as anticonvulsants and tricyclic antidepressants, has not been established.

Details : A large number of side effects occurring during duloxetine treatment and lacking of clear advantage over existing medications prompted critical reviews concluding that duloxetine "should not be used" for stress urinary incontinenceand "currently has no place in the treatment of depression or diabetic neuropathy" as well.